Those familiar with the services that we provide at CynergyData Texas know that we are committed to helping you grow your business. As a business owner, if you find yourself unsatisfied with your current credit card processing company, consider making the switch to CDT. Such a change may sound daunting, so we’ve laid out some points to emphasize how simple the process is.

END_OF_DOCUMENT_TOKEN_TO_BE_REPLACED

At CynergyData Texas, our customers include both new and existing businesses. We give business owners a better option when it comes to their credit card processing company by offering:

END_OF_DOCUMENT_TOKEN_TO_BE_REPLACED

According to creditcards.com, 78% of consumers use credit/debit cards over cash. You may see this as a general statement that doesn’t apply to your business, but if you’re a dine-in restaurant, cash is certainly not king. Seventy-four percent of diners prefer to use plastic rather than cash. Gone is the question, “Do you accept credit cards?.” It’s an assumption that any growing business already does. Even more, there is an expectation in a high-tech community such as Austin that businesses not only have a point of sales system in place but that they have upgraded to a mobile point-of-sale solution.

END_OF_DOCUMENT_TOKEN_TO_BE_REPLACED

When choosing a merchant services provider, there are a plethora of choices. There are large national corporations that promise lower rates, but fail to provide quality service. Then there are small, local companies who excel at customer service, but can’t negotiate the lowest rates for your business. At Cynergy Data Texas, we pride our selves in not only providing the lowest rates for our clients but also providing exemplary customer service every single day for our clients.

END_OF_DOCUMENT_TOKEN_TO_BE_REPLACED

We get it. Part of being a small business owner is balancing running the business while staying on budget. With expenses such as labor, product, rent and other overhead, it’s no wonder that so many businesses have little free capital. Sometimes though, things just come up. Sometimes your business needs a little extra cash to help grow the business. That’s why we offer several merchant cash programs at Cynergy Data Texas!

END_OF_DOCUMENT_TOKEN_TO_BE_REPLACED 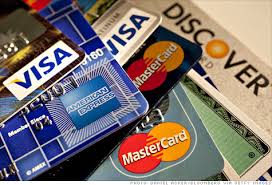 What is PCI Compliance? It’s a frequent question we answer at Cynergy Data Texas. Quite simply, PCI Compliance, short for Payment Card Industry Data Security Standard, is a set of requirements to ensure that merchants process, store, and transmit sensitive information in a secure manner. These standards apply regardless of whether the transaction was processed at a point of sale system, through e-commerce or over the phone. The ultimate goal of PCI Compliance standards are to limit and deter credit card/debit card fraud. PCI compliance is recommended for any merchant that process credit or debit cards- whether at a point of sale or over the phone. While PCI Compliance is not mandated by federal law, several states mandate PCI Compliance.

END_OF_DOCUMENT_TOKEN_TO_BE_REPLACED

Last October, businesses were mandated to adopt EMV compliant terminals. The EMV shift has already occurred in every major American market. Some businesses have not adopted EMV terminals due to cost or supply shortage. While the transition might not have gone smoothly, many businesses have successfully implemented EMV terminals. Many large companies have already made the shift such as Home Depot, Walmart, Target and Walgreens. Here is a quick run down again of what is an EMV card and why your business should adopt EMV compliant terminals.

Originally started by Europay in the mid-90s, the goal of EMV is to introduce smart cards to deter credit card fraud and provide a global infrastructure from credit card usage. EMV cards create a consistent transaction process world wide between card users and merchants.

But what is a “smart card”? A “smart card” is very similar to any other credit or debit card except for the inserted micro chip that processes the transition rather than a traditional magnetic swipe strip on the back of the card. The micro chip creates a one time password to protect the security of each transaction. Rather than swiping, users simply “dip” their card chip into the reader and the transaction then processes. Ultimately, the goal is to reduce “card present fraud” as well as “non card present fraud” for the consumer.

There have been concerns over the implementation of EMV terminals by industries such as restaurants, and other tip based services. While the EMV transaction model can create an awkward situation, such as adding a separate transaction for the tip, the benefits of liability protection far out weigh the possible awkward situation.

According to Forrester Research, Americans will spend over $350 billion dollars online this year. Having an e-commerce solution in place on your website has become more important that ever. E-Commerce allows your business to sell products during non traditional hours, can be synced to your point of sale, as well as set up recurring billing programs for your customers online.

END_OF_DOCUMENT_TOKEN_TO_BE_REPLACED

How Can We Serve You?